View source
watch 01:40
The Sandman Will Keep You Awake - The Loop
Do you like this video?
Play Sound

Bakura is friendly and cheerful person who is usually seen smiling. Her hobby is collecting others' pillows as she likes observing how people differ in their dreams and reality.[1] Kazuya's pillow appears to have become a favorite of her's, as she states she spends a lot of time with him within the pillow and was heavily against destroying it. She has a habit of falling asleep abruptly, even in mid conversation or while walking.[1]

After discovering the amasogi of Isuzu Iriha, Kukuri calls in Bakura to help deal with it without destroying it. After explaining the process and dangers of entering the dream to Kazuya Kagami and his friends, she sends them into the Isuzu's dream world.[2] After the amasogi is destroyed, Bakura tells them how to exit the dream.[3]

On the way to Kazuya's house to collect hey payment for her previous services, Bakura falls asleep into a ditch. Upon arriving at Kazuya's house, Kukuri told her to take a bath where she falls asleep again. Kazuya and Kiriha enter the bathroom to find her sleeping naked on the floor. As Bakura explains why she came she to Kazuya and Kiriha she begins to fall asleep again but is kanchoed by Kiriha. While the two apply ointment to Bakura to help with the injuries, Kukuri and Kokuyou walk in on them.[1]

Bakura tells the four she came to take a pillow as payment for her services and is given Kazuya's pillow. Though Kazuya is too busy to join, Bakura brings Kiriha, Kukuri and Kokuyou into Kazuya's dream with her to demonstrate why she likes to collect pillows. The four girls enter Kazuya's latest dream, adorning skimpy bellydancer outfits. In the dream, they find a version of Kazuya who acts as an Arabian king with a large harem. Dream Kazuya dismisses his harem and diverts his attention to the four girls. After all but Kiriha get fondled a bit, Kiriha get tired and requests to leave. Bakura finds they are too deep in the dream and need to find a way to end it in order to escape. She returns to her physical body to ask the real Kazuya about how the dream ended. Returning to the dream, she tells them it ended with Kazuya choosing a wife. They all take turns to trying win over Kazuya but he is unable to choose between them. Kiriha inquires if there is another method of escaping. Bakura explains they could destroy the pillow but is adamantly refuses to, seeing Kazuya's dream a valuable piece of her collection. Kiriha gets the idea to bring Kazuya into his own dream genderbent, to be his own wife. Her plan succeeds and the dream Kazuya becomes infatuated with the female Kazuya. They exit the dream and Bakura bids the group farewell.[1]

Kukuri calls upon Bakura to help discover who Kazuya likes the most. Bakura arrives at his house and uses #55 from her pillow collection to put Kazuya into a dream with the girl he likes. She, Kukuri, Kiriha, Kokuyou and Kasumi enter Kazuya's dream where they find him flirting with a female version of himself.[4]

In the aftermath of Kanaka Kagami's revival and subsequent sealing, Bakura and Ouhi Oriobana visit Kazuya's home and meet with him when he awakens three days after the event.[5][6] After explaining what transpired, they give Kazuya a brief moment to grieve before Ouhi tells him that he must be the one to defeat Kanaka. While Kazuya gets ready, Ouhi discusses with Bakura her surprise of how immediate Kazuya's response was. Bakura tells Ouhi she knew Kazuya would respond right away since she often spends time with him within the pillow. Kazuya returns and they explain their plan to use an assortment of pillows from around the house to peer into past and find clues to defeating Kanaka. As they go to sleep, Ouhi teases Kazuya and Bakura begins to Kazuya Ouhi's real age but Ouhi shuts her up. Within the dream they begin with witnessing Kanaka as child when her family was killed.[6]

Bakura, Ouhi and Kazuya watch the life of Kanaka through the dream. When witnessing Kanaka effortlessly dispose of the aberration that had killed Suou Sumeragi, they are shocked by Kanaka's display of power. As the dream continues with Kanaka's first encounter with Sunao Sumeragi, Kazuya requests that Bakura switch to one of his memories in an attempt to recall them. Bakura changes the memory to Kazuya's perspective when he was a child, messing with Kiriha's vagina. They watch how Kazuya learned such behaviour from Kasumi, repeating them with Kukuri and Kiriha. Watching further, the witness Kazuya brazenly telling Kiriha, Kukuri and Chisato he loves them, without realizing the full connotation of the phrase. Ouhi mocks Kazuya for inheriting Kanaka's philandering behaviour. Kazuya attempts to deny it by stating the dreams were mixed up but changes the subject when that fails.[7] As they finish witnessing the events of the past, Bakura attempts to comfort Kazuya before noticing that he is not upset but determined.[8]

After finishing with the dream, Bakura and Ouhi bathe with Kazuya under the pretense of giving him a physical examination. While bathing, Kazuya questions how they were able to witness events which none of the pillow owners did themselves. Bakura explains since they are memories of the soul, memories of others can get mixed in. Returning to Kazuya's room, they briefly discuss the difficulty of defeating Kanaka and Azami.[9]

Soul's Treasury Passage (,, Takikura Kuguri): Bakura's ability that allows her to enter the dreams or memories of others. As pillows contain reflections of people's souls, her ability lets her bring herself or others into the dream or memories. Those entering the dream must be asleep to do so.[1] By connecting the residual memories of multiple pillows, she can recreate the past using their multiple perspectives.[6] In doing so, they are transferred to the Corridors of the Unconscious, where they can witness the memories play out rather than directly enter and interact with them like a dream. 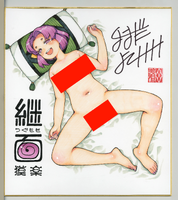 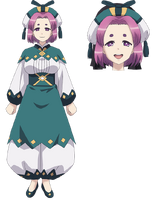