The abnormal essence known as Curse (,, Suso) is a warped and distorted excess of physical reality, vaguely described by Kiriha as "scraps of creation's substrate".

The curse is a substance that exists everywhere, much like air, and while it is normally weak, with enough curse concentration and density it can lead to the manifestation of many abnormal situations. One of these is the manifestation of the will of a person with strong feelings, and it can influence the wishes and desires of people in a way that abnormally grants what they yearn for. A normal concentration of curse will affect but only slightly the results of someone that is constantly wishing for something, but the difference is not even noticeable at all and it will usually not be nearly enough to grant that person's wish. Additionally, if a simple desire is shared by many people in the same region, its effects are spread thin among everyone with the same shared thoughts, making the Curse's impact even less effective. Because of these things, the Curse is something that is typically largely ignored by the common population as they're mostly unaware of its existence due to the lack of abnormalities in places that don't condense Curse to a higher extent.

Much like any natural phenomenon, the Curse is something that varies and changes wildly based on the environmental conditions, and the density of Curse fluctuates immensely from time to time much like how the weather does. There are days with higher and lower concentrations of Curse in different areas, especially on places that do not gather large numbers of people, due to the lack of common thoughts. Higher Curse density coupled with the strong desire of an individual often results in the birth of an Amasogi, a wish-granting tool made from the Curse to make the host's desire a reality. Because of the inherently chaotic nature of the Amasogi, this often results in Aberrations, abnormal situations that bring disorder and chaos to the Amasogi's environment and that requires an Exorcist to erase the Amasogi. Living beings can also be "infected" if they're exposed to very high concentrations of curse for extended periods of time, which sometimes happens to animals or bugs on certain areas since they lack the rational thoughts to produce wishes of their own. These aberrations often disrupt the circulation of Curse and attract it to the area where the aberration took place, increasing its Curse Density and making it more likely to form another aberration.

In terms of appearance, the Curse is like a black fog almost invisible to the naked eye. It can be detected by higher beings like Gods, and it's also possible to read and even predict its course, once again very similar to the weather. There are Gods like Omoikane that are specialised in this field, and sell "Curse Forecasts" that detail the Curse Density of the following weeks to come. The Gods of the Land from a given area are tasked with purifying the Curse in order to prevent it from going overboard when aberrations occur, and if they do their job properly, they should be capable of preventing the majority of aberrations that would otherwise take place in a given region.

Beyond the aberrations and the natural circulation of Curse, there are other things that inherently attract Curse and gathers it in a certain place. The most infamous are the Taboo Children, humans that, since birth, naturally attract Curse towards them due to special circumstances of their birth. These Taboo Children often amass Curse around them and, as a result, often lead to Aberrations. There are also other similar things like Taboo Ground or Taboo Objects, all of which make Curse gravitate towards it and lead to a higher concentration of Curse, which makes such places often get fame as being "Cursed" or with demonic influences by the common people. 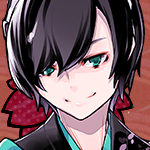 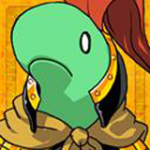 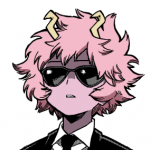