View source
watch 01:36
We're Getting Mutants in the MCU - The Loop
Do you like this video?
Play Sound

Hiroki appears as a thin, tall man with light skin and short black hair. He has a mole on near the lower right of his mouth.

Hiroki seeks out entertainment and excitement, as his desire to play video games for the rest of his life spawned an amasogi. He enjoyed his battles and even after being defeated, decided to skip work the next day to go on an adventure. He shows good sportsmanship, shaking hands with Kazuya Kagami after being defeated and thanking him for the fight.

While Kazuya Kagami, Akito Ashimine, Mimane Miyou and Kiriha are at the arcade, Azami watches over them jealously, her anger causing Hiroki's amasogi to manifest in the form fighting game world in which he is the host and final boss. Kiriha and Akito are defeated by NPC characters.[1] Mimane faces off against Hiroki and is defeated. Kazuya and Kiriha are able to defeat Hiroki and Hiroki destroys the arcade cabinet hosting his amasogi. Hiroki thanks Kazuya and leaves to go on an adventure, avoiding work.[2]

Ironman Fist (,, Aianmanfisuto): The arcade cabinet of the 2D fighting-game, Ironman Fist. It became an amasogi due to Azami's frustration leaking out curse, answering Hiroki's desire to play video games forever. Hiroki and those near the machine are transferred into the game world where Hiroki asks as an announcer and final boss. Hiroki sets up a two team tournament, requiring his opponents battle against his own team of virtual fighters and offers the amasogi as a reward. 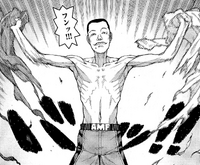 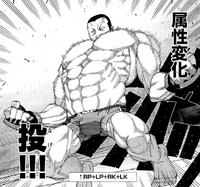 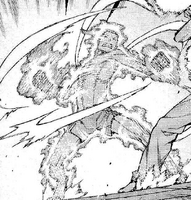