Sakura petals fall to the floor as Kazuya kneels, looking at Kiriha from behind in a white void. Petals obscure the screen transitioning to Kazuya rising up upon his rooftop as the sun rises. Elsewhere, Akito Ashimine clenches his fist as Arumi Ashimine stands beside him and the sun rises behind them. A sakura tree is shown, panning upwards, revealing its glowing petals and a bright full moon as the season's logo fades in. A petal flies by which is followed by the camera to another tree with Kukuri riding atop Kokuyou's shoulders on the tree as the two watch the sunrise over Kamioka.

The scene changes a first-person point-of-view from Kazuya's perspective, as he wakes in his bed, bumping his head on Kiriha knocking her out of bed. Kazuya gets out of bed and opens his windows curtains to see a large bruise on his head from waking up.

A sudden cut to Akito's point-of-view as he looks at himself in Mimane's mirror. Mimane backs away giggling and Akito turns to Arumi and Yasuki sitting beside him. Panning shots of Mayoiga are shown.

The camera returns to Kazuya's point-of-view as he enters his club room to find Tadataka Tadata, Chisato Chikaishi, Shirou Shiramine, Osamu Osanai and Kukuri who jumps around him, barely in view. A panning shot of Bakura sleeping is shown. A shot of Azami standing a a field of flowers is shown. Azami turns around toward the camera as it closes in to her eye, transitioning to Kukuri in her child form holding a mask and then her adult form holding her Akujou mask. The scene changes to a shot of Kotetsu attacking and transforming into a katana, falling into the ground as Sunao picks him up and prepares to fight. A panning upwards shot of Taguri Kanayama with three coins between her fingers and her Diamond Prism behind her, followed by a another panning shot of Honoka surrounded by flame and a miniature version of herself manifesting.

The camera zooms in on a spiralling white orb which reveals itself to be Arumi's crystal ball, Arumi's reflection fading away to reveal, Yasuki, Chikage, Mimane, Akito, and Tanmen looking inside the ball. A panning shot of Kyouka playing her flute is shown.

A sakura petal falls into Kazuya's hand, which he clenches before screaming and activating Ascension. Sudden shots are shown of, Kiriha, Kasumi, Kokuyou, and Kukuri at their home, Sunao's home with her mother and father, and a single shot of Kiriha looking from behind and smiling. The scene returns to an upward panning shot of Kazuya using Ascension as energy flows around him and he grits his teeth looking ahead of him.

The camera changes to Kiriha point-of-view, as she jumps out the window of Kazuya's room, onto the roof where Kazuya was earlier, and latches onto him with her obi. As she gets closers to Kazuya's face, it reveals smiling face in the reflection of his eye before transitioning to a third-person point-of-view of Kiriha spinning around Kazuya, as the two settle down on the roof of their house. 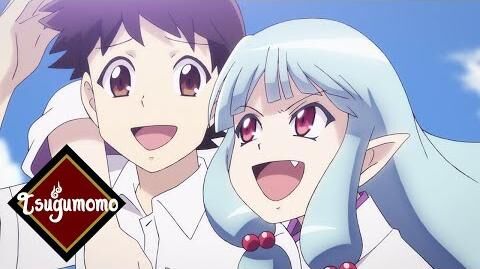 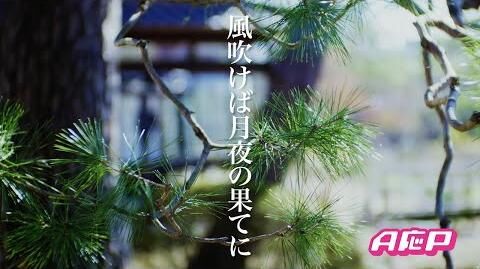